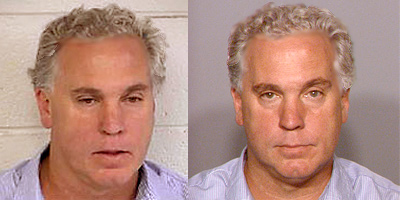 Well, well, well. Can’t keep karma down, can you?

I’ve heard from someone very close to our friend, the Las Vegas Review Journal columnist, John L. Smith. Used to be close to him, anyway. Not so much anymore. This person is a female acquaintance who is alleged to be his former girlfriend, and who has sent a couple of very revealing emails to me. Let’s call her “Rachel” for ease of reference.

After spending quite a bit of time with him, Rachel came away feeling the same way about him as I do. To quote her, John L. Smith is “an unscrupulous liar and cheat and one day will get all the payback he deserves.”

Rachel went on to say that Smith would whine about me and say what a thorn in his side I was. (Good! I’m gettin’ to him.) And Rachel also confirmed that Smith was NOT the all-around great guy reporter and father of the year that he wants to try to portray in regards to his public image. (Surprise!)